Year of the Pig

Whether you call it Year of the Pig (a more gentle animal) or Year of the Boar (a wild animal with sharp tusks), this animal marks the end of 12-year cycle in Chinese astrology. A new cycle starts next year with the Year of the Rat.

The Lunar New Year began on February 5 with friends and family getting gathering for dinners to celebrate a new beginning. I appreciate having another chance for a fresh start. I celebrate New Year’s Day on January 1, then I celebrate the Lunar New Year whenever it falls according to the Chinese calendar. Being Chinese American, I can draw on both cultures for multiple celebrations! 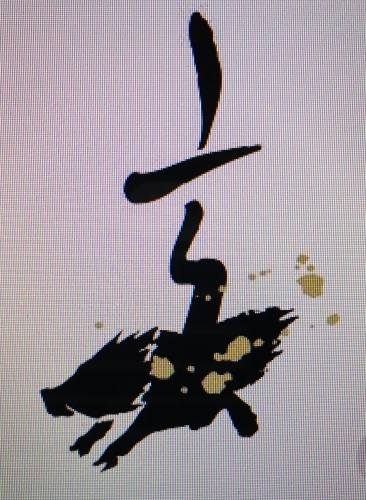 We in the Pacific NW will not likely forget the first few weeks of this lunar year. It’s unusual snow and freezing weather kept most of us indoors and off the roads for several days. I will remember it as the year of the “Snow Pig.”

When I was growing up in Honolulu, Dad had a store in Chinatown, Yuen Chong Co., Ltd. Because it was a retail and wholesale business, Chinese New Year was very busy, with sales to both store customers and Chinese restaurants. Crowds thronged the stores and sidewalks in Chinatown to shop for gifts, buy prepared food from various temporary stalls set up in the streets by various Chinese family associations, and be part of the festivities. Thousands of firecrackers were burned for good luck at each business, creating clouds of acrid smoke in the streets.

Here’s a brief excerpt from my memoir The Lava Never Sleeps that recalls the excitement of this holiday.

One of the busiest times was Chinese New Year. The Chinese community purchased ingredients for special holiday dishes, firecrackers, and presents, while restaurants increased their orders to prepare for New Year dinner parties. Our entire family descended on the store to witness the community celebration and absorb all the good luck and excitement floating through Chinatown. At night, streets filled with people waiting for the many-legged lion amid a cacophony of firecrackers, gongs, and drums that accompanied the dancing lion, which stopped at each business. Both were essential for good luck in the Lunar New Year. All the activity excited and frightened me. The smoke from the firecrackers burned my throat and eyes. The lion was huge, flapping its large gaping mouth and directing its large eyes at me. I had to be carried to see above everyone’s heads, but when the lion looked at me, I covered my eyes. Even though the black slacks of the teenage boys and girls, who brought this mythical creature to life, were visible, the wagging lion’s head seemed enormous and all-too-real.

Happy Lunar New Year to all! May the year bring good health and prosperity to you!